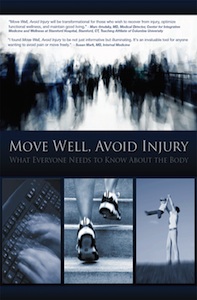 Move Well Avoid Injury
Move Well, Avoid Injury, is a DVD containing two hours of 50 information rich sections that will be of great benefit to anyone who uses a computer, exercises, plays an instrument, dances or breathes.With this information you will learn how to avoid common yet unnecessary injuries and also how to move with freedom and ease. 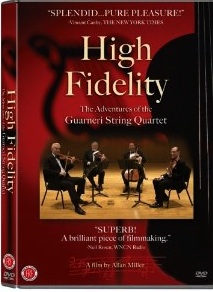 High Fidelity: Adventures of the Guarneri String Quartet
From the filmmaking team that brought us the Academy Award-winning FROM MAO TO MOZART: ISAAC STERN IN CHINA comes this spirited and often humorous documentary about the world-famous Guarneri String Quartet. Filled with the music of Haydn, Schubert, Mozart and Beethoven, this provocative yet enjoyable film joins the Quartet during intimate rehearsals and recording sessions, as well as on tour to Prague, Venice, Baden-Baden, and across the United States.An astonishing look into the inner workings of the legendary Quartet, “High Fidelity may be the best film about music and musicians since From Mao To Mozart!” (Vincent Canby, The New York Times). 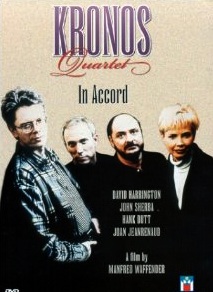 Kronos Quartet – In Accord
Since their inception in 1973, the Kronos Quartet has achieved international acclaim for their fresh approach to music. They have sold millions of audio recordings and are responsible for the creation of more than 400 new string quartets. Their unsurpassed dedication to experimentation and visual presentation is applauded at concert halls, clubs and jazz festivals each year. Frequently referred to as the Fab Four of classical music, Kronos has earned six Grammy nominations and won the ASCAP/Chamber Music America Award for Adventurous Programming eight times. From the aching spirituality of “Cadenza on a Night Plain” to the psychedelic anthem “Purple Haze,” the Kronos Quartet will enrapture and captivate any music fan. 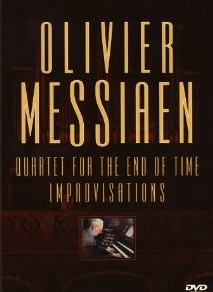 Olivier Messiaen’s: Quartet for the End of Time
One of the greatest figures of 20th century music, Olivier Messiaen found inspiration for his works in religious and mystical symbols with striking rhythms. An enthusiastic ornithologist, he weaved into his music the songs of birds from all over the world, and is known for his harmonic explorations. Messiaen’s “Improvisations” is performed by the composer on organ at the Paris-Trinity Church. His “Quartet for the End of Time,” composed in 1940 during his captivity in a German prisoner of war camp, is performed by the Messiaen Quartet at the Vaux De Cernay Abbey. 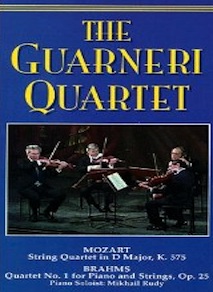 Guarneri Quartet [VHS]Fans of the Guarneri Quartet will enjoy this chance to go behind the scenes for a glimpse into the world of this fine musical group. However, anyone who loves classical music and has even an inkling of the time, commitment and struggle involved in playing it well will appreciate this film as well. Rather than try to paint a cohesive and tidy picture of the Guarneri, director Allan Miller has wisely chosen to let them emerge as they are – four strong, highly opinionated individuals who are still in the process of evolving with the music they play. 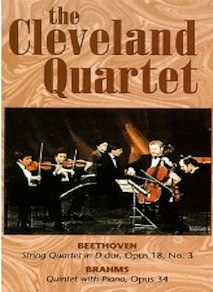