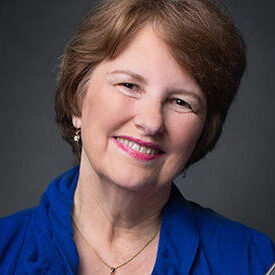 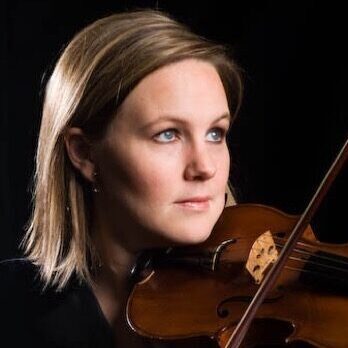 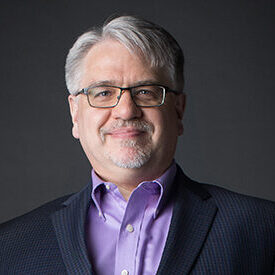 Violinist Ronda Respess has been recognized for her active role in the Atlanta Symphony’s outreach programs by being awarded the UPS Community Service Chair. She worked on the Outreach Taskforce that started and ran the Symphony outreach programs for twelve years. Deeply committed to education, she teaches privately, gives master classes, coaches chamber music, coaches the violins of the Atlanta Symphony Youth Orchestra, and for many years taught for the ASO Talent Development Program. In 2014 she was appointed as the musician representative on the Atlanta Symphony Orchestra Board of Directors and presently sits on the education committee. In cooperation with WGTV and the ASO, she filmed a teaching video called “Instrumental Success”. Ronda is also the Artistic Director of Franklin Pond Chamber Music, a year-around chamber music program for talented young musicians, that she founded in 2000.

In 2007 Ronda received the Loridans Arts Award given in honor of her work with Franklin Pond and the Atlanta Symphony Orchestra. As a former teaching affiliate at Emory University, she has performed in several chamber music concerts there and around the city. She also served as Principal Second Violin of the Atlanta Opera for eight years.

A New Jersey native, Ronda took lessons from Samuel Applebaum and went on to study with Sally Thomas and Ivan Galamian in New York. She received her Bachelor of Music in violin performance from Indiana University as a student of Daniel Guilet and Josef Gingold. She studied chamber music with Janos Starker and William Primrose at Indiana University, and Walter Trampler and Josef Silverstein at the Sarasota Music Festival. After winning a position with the ASO, she continued her study in Florida with Richard Burgin and did graduate work toward a Masters in Music Education at Georgia State University. She is the mother of Ginny (Respess) Fairchild, a professional violinist, and the adopted mother to two dogs.

Ginny is a native of Atlanta and the daughter of professional musicians and teachers. She started playing violin and piano at the age of 3, going on to receive a Bachelor of Music Performance and Performer Diploma from Indiana University and a Masters of Music Performance degree from the Cleveland Institute of Music.

Ginny was a longtime member of The Florida Orchestra as well as concertmaster of the St. Petersburg Opera Company, the Tampa Bay Symphony, and the Crested Butte Music Festival Orchestra. She has played with the Nashville Symphony, the Alabama Symphony, and the Atlanta Symphony Orchestra as well as participated in numerous summer festivals including the Cabrillo Festival of Contemporary Music, the Crested Butte Music Festival, Aspen Music Festival, Spoleto Festival in Charleston, and the National Orchestra Institute. Currently she is a member of the Atlanta Opera and a substitute violinist with the Nashville Symphony Orchestra.

Alongside her performance career, Ginny has also been on the teaching faculties of Agnes Scott College, Mercer University, The Westminster Schools, Merit School of Music in Chicago, and the Patel Conservatory of Music in Tampa. Currently she maintains a private studio out of her home and is Program Coordinator for Franklin Pond Chamber Music. She lives in Tucker, GA with her husband, three children, two cats, and a dog.

Lachlan McBane has been a member of the Atlanta Symphony Orchestra viola section since 1998, serving as Acting Assistant Principal during several seasons. Before coming to Atlanta, Mr. McBane served as Principal Violist of the Nashville Symphony, and he has also been invited to perform with the Cleveland Orchestra, Chicago Symphony, Minnesota Orchestra and St. Louis Symphony.
Lachlan earned his bachelor’s degree in viola performance from Bowling Green (OH) State University, where he also pursued a double major in music education, intending to be a school band and orchestra director. A career in performance beckoned, though, and he completed his M.M. in viola performance at The Cleveland Institute of Music, studying with Robert Vernon, nationally renowned teacher and longtime Principal Violist of The Cleveland Orchestra.

Mr. McBane was Suzuki-trained on violin from age 4, later adding the viola in 6th grade. His musical interests have always been broad: he played lead trombone and violin in jazz ensembles through college and has won awards at the Great Lakes Scottish Fiddling Championships. He has toured with Amy Grant, Michael W. Smith, and Cece Winans, and can be heard on albums by artists as diverse as Yo-Yo Ma, Mark O’Connor, and Bruce Springsteen, as well as on many of the ASO’s Grammy Award winning CD’s.
Students from beginners to professionals have prospered in Mr. McBane’s private teaching studio, and he has been a valued clinician in public and private school music classrooms across the country for over 30 years. A member of the American String Teachers Association, he has twice been an adjudicator for ASTA’s National Solo Competition. For many years he coached/conducted for the ASO’s String Project with the Georgia Music Educators’ Association, working with hundreds of middle school students from Gwinnett, Cobb, Fulton, Dekalb, and Clayton counties.

Lachlan has been a faculty member for the ASO’s Talent Development Program, and has coached the Atlanta Symphony Youth Orchestra and the Cobb County Honors Orchestra. He is also the Artistic Director of Franklin Pond Chamber Music’s Fall Into Spring student chamber music program during the school year. As an enthusiastic participant in the ASO’s community outreach programs he has helped promote music education and music appreciation among metro area youth in many venues including the Boys & Girls Clubs of Atlanta, Fulton County Juvenile Court, Fulton County Public Libraries, and the refugee center in Clarkston, as well as dozens of schools in metro Atlanta.