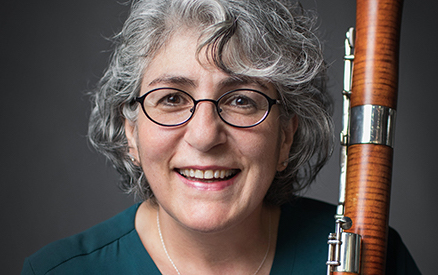 Prior to her appointment with the ASO, Ms. Najarian was Principal Bassoon of the Savannah Symphony for 15 years and spent her summers as Principal Bassoon of the Des Moines Metro Opera. She has also performed with orchestras in Jacksonville (FL), Charlotte, Charleston, Omaha, the North Carolina and Utah Symphonies and the Houston Grand Opera. Summers during college were spent at Tanglewood and the Aspen Music Festival and more recently at the Highlands-Cashiers Chamber Music Festival.

Ms. Najarian graduated from the Cincinnati College-Conservatory of Music with a Bachelor of Music and studied with Otto Eifert. Ms. Najarian later studied with K. David Van Hoesen at the Eastman School of Music, where she received a Master of Music in Performance and Literature degree and a Performer's Certificate while serving as a graduate teaching assistant.