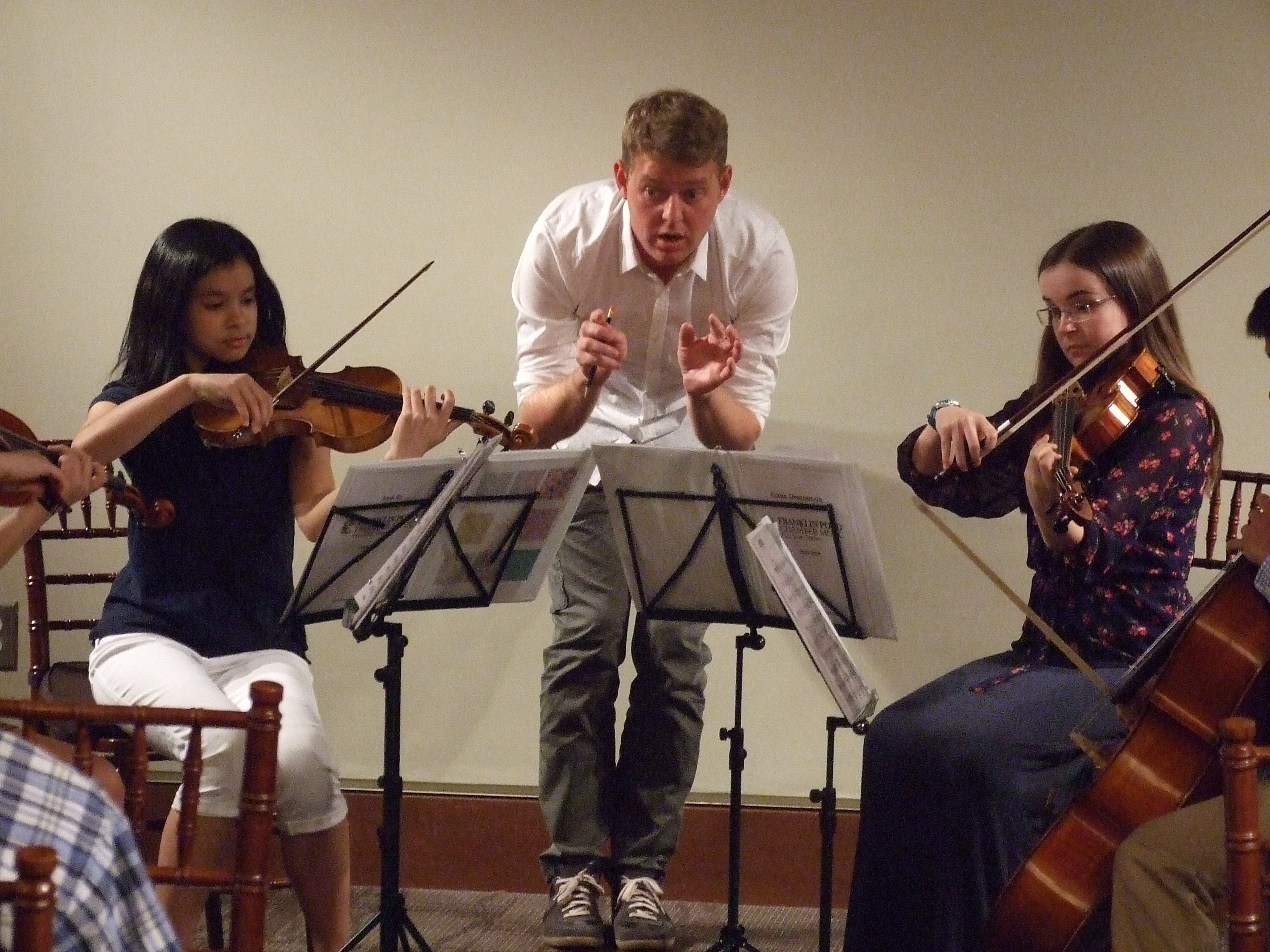 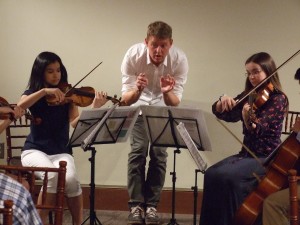 On April 21, 2014, Franklin Pond’s Fall Into Spring students and parents enjoyed participating in a masterclass with Justin Bruns.

Assistant Concertmaster Justin Bruns has been with the Atlanta Symphony Orchestra (ASO) since 2006 and holds the Mary and Cherry Emerson Chair.

Actively involved in teaching and bringing music to young audiences, Mr. Bruns has given master classes at Bradley University, Kennesaw State University, Denver Young Artists Orchestra, taught classes in orchestra repertoire at the University of Colorado and Michigan Youth Symphony Orchestra, and consulted at Medomak Conducting Institute and HarpArts, as well as maintaining a private teaching and coaching studio. He served as a teaching assistant at Rice University and participated in the founding and organization of its outreach program. He regularly appeared with Chamber Music Ann Arbor’s outreach program and throughout Colorado with Up Close and Musical.

As a chamber musician Mr. Bruns has performed throughout the United States and England, appearing with ensembles such as the Kocapelli String Quartet, Brave New Works, and Michigan Chamber Players. He was a performer on the Faculty Tuesdays Recital Series at the University of Colorado, with the String in the Mountains Music Festival, North Georgia Music Festival, and Georgian Chamber Players. He has also performed cycles of the Brahms, Beethoven, and late Mozart sonatas. As first violinist of Atlanta Chamber Players he appeared at the San Miguel de Allende Chamber Music Festival and made his chamber music debut at Carnegie Hall’s Weill Recital Hall.

Mr. Bruns began his violin studies at age three and won his first competition two years later. He made his solo debut with an orchestra at age nine. Since then he has appeared with numerous orchestras including the Colorado, Michigan Pops, and Amarillo Symphonies, and Sinfonia of Colorado. In England he has appeared with the Chester Philharmonic Orchestra and Stockport Symphony. He received his master’s degree from Rice University, where he studied with Kathleen Winkler and Raphael Fliegel.